ABOUT MEDICAL AID IN DYING 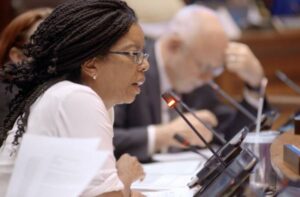 “Medical aid in dying (MAID) is the practice in which a mentally capable, terminally ill adult with less than six months to live has the option to request prescription medication from their doctor they can decide to ingest to die peacefully if their suffering becomes unbearable.” This is the definition provided by Compassion & Choices, a non-profit organization whose mission includes strengthening individual rights and improving conditions for terminally-ill patients in the United States.

Death With Dignity, another MAID advocacy group, explains that “In the U.S., it is the states, not the federal government, that licenses physicians and determines what is and is not legitimate medical practice. In 2006, the U.S. Supreme Court affirmed this by ruling, in the case Gonzales v. Oregon, that the federal government overstepped its authority in seeking to punish doctors who prescribed drugs to help terminally ill patients end their lives.”

As of late 2019, MAID is authorized in ten states and the District of Columbia, either by legislation, ballot initiative or court ruling.

Variations among jurisdictions sometimes include such things as a requirement to provide information on alternatives such as pain management, hospice care, etc., and a recommendation that the patient advise next of kin of their intentions.

There are various other provisions, such as reporting prescriptions for the lethal medication to the related health authorities; control of medication that is prescribed and received by the patient but never used; guidelines and protections for pharmacists; protection of physicians from criminal prosecution if they adhere to the requirements; and protection of the patient against any impact on their health and life insurance policies.

Typically, legislation regarding MAID will make the distinction between medical aid in dying and suicide, euthanasia, and homicide. The patient’s death certificate will define the cause of death as being the underlying terminal illness, not the lethal medication used to end their life. 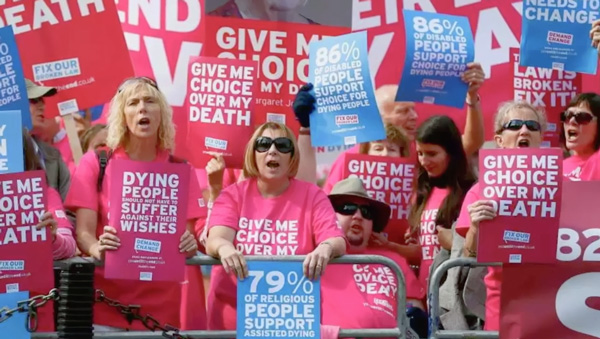 Supporters of MAID underline this distinction that MAID is not suicide or “assisted” suicide, and this is often a point of contention with opponents. The reasoning against viewing MAID as suicide is that a person who commits suicide does not want to live due to emotional or mental illness, while a person who employs MAID wants to live but is being killed by a terminal disease. The MAID patient, not having a choice about continuing to live beyond a certain point, wishes to exercise what control is available to them over how much suffering they must endure as the underlying disease takes their life.

Compassion & Choices reports that many national polls show that majorities of Americans across various demographics support MAID. Opposition is strongest among segments of the African-American demographic, segments of the disabled community, and some – but not all – religious groups. With respect to the latter, it is notable that the Roman Catholic Church is a well-funded and very active player in opposing proposed legislation. And yet, while the institution of the Catholic Church is against MAID, a 2016 survey indicated that 70% of Catholic individuals support it.